Unprecedented  Ballater floods caused householders to be evacuated.
Many residents lost everything they had, and were forced into temporary accommodation. 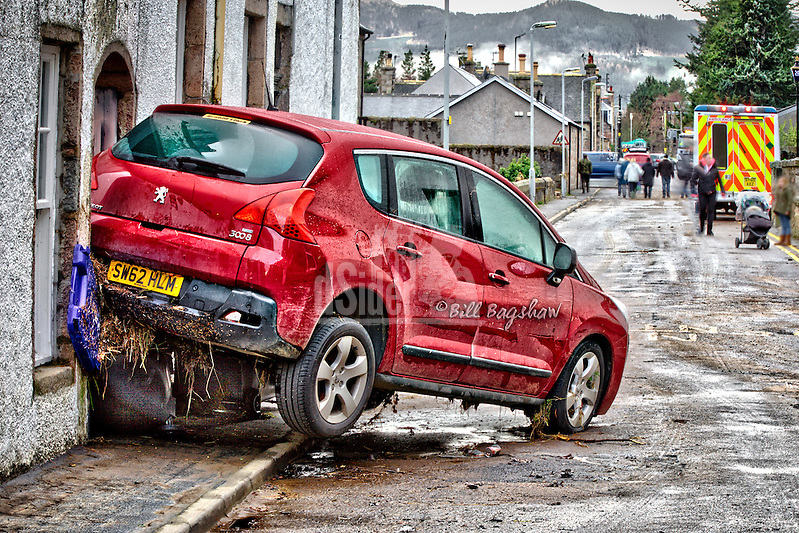 Caravans were tossed around by the floods and washed downstream, smashing into houses, and the Ballater Bridge. 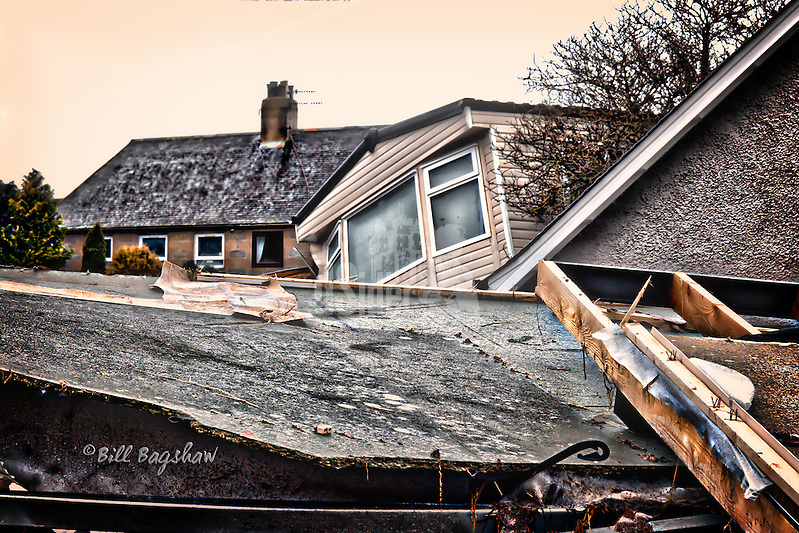 Roads were badly damaged, and  emergency services called in.

Cambus O May suspension bridge was submerged and badly damaged by flood debris, leaving a large bend at mid span with many planks missing. 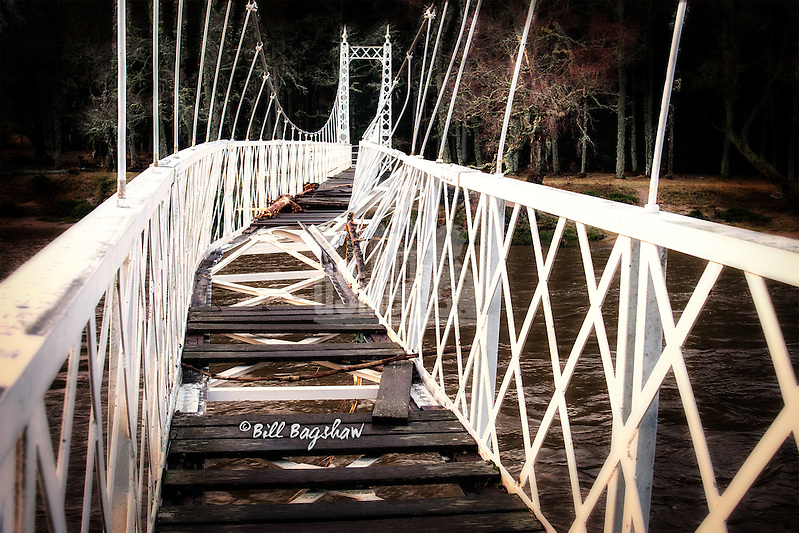 Remains of the green caravan that hit Ballater bridge 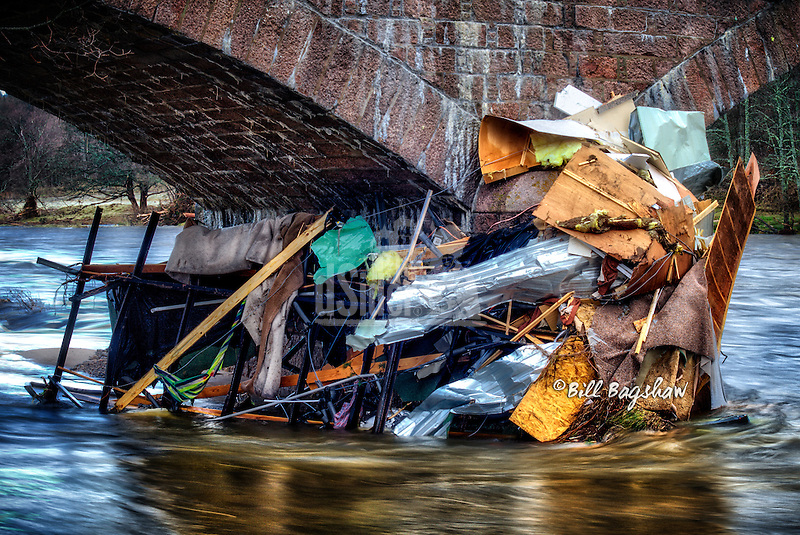 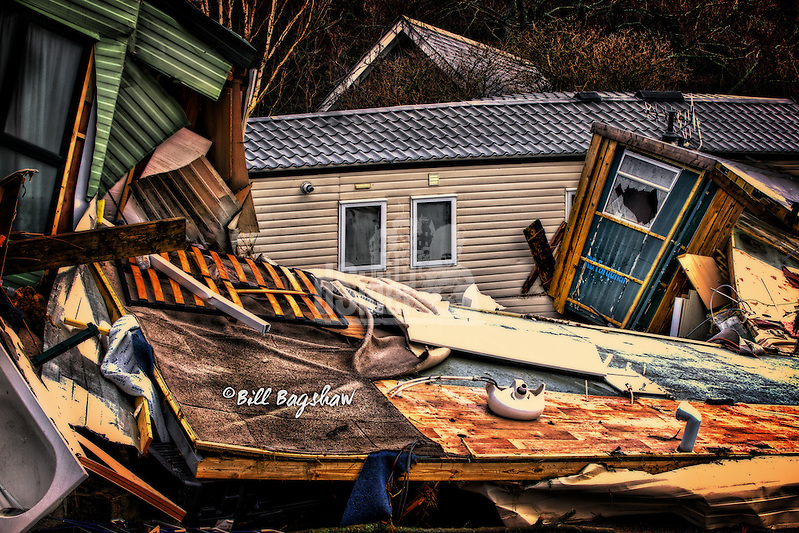 Reflection on a dark day 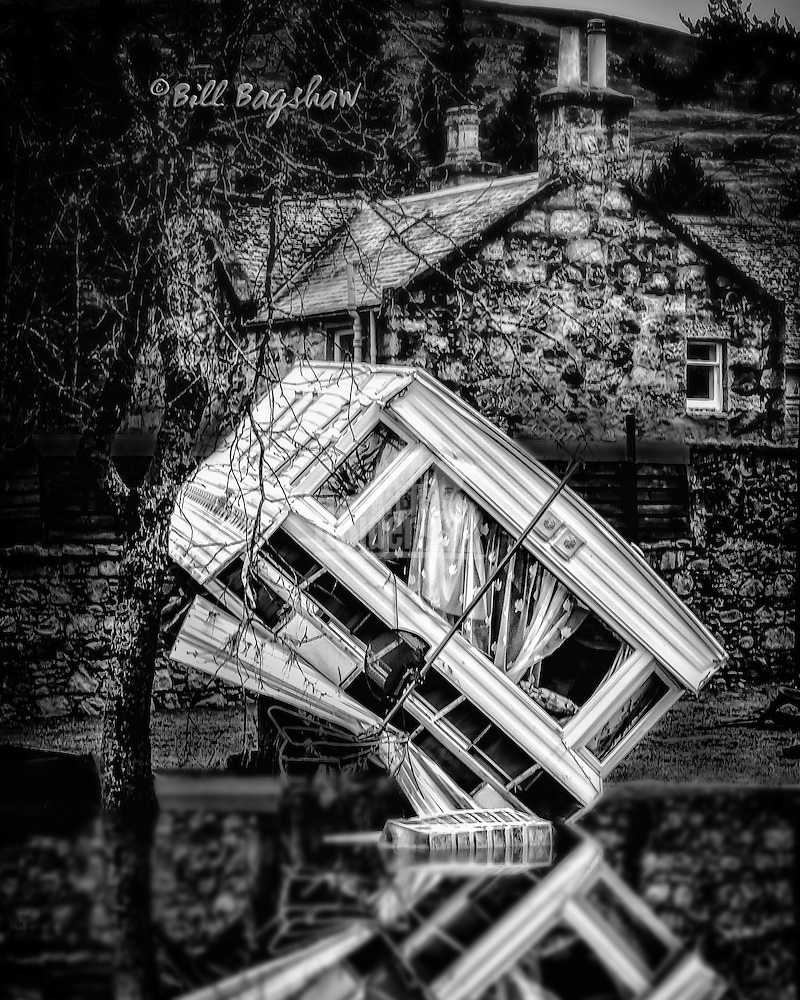